I just wanted to share with you a book I found on the French colonisation of Algeria that may aid in your understanding of any pieds-noirs in your ancestry, the environment they found on their arrival there, and their social status amongst the immigrants.

The book is titled Making Algeria French by David Prochaska. Whilst it mainly considers 1870-1920 it also includes a couple of chapters on the years preceding that period, and was thus of interest to myself in learning about my paternal line's brief stay there.
Posted by Jon Barbara at 1:13 AM No comments:

The Paternal line of Barbara

It has been nearly two years ago since I blogged here - and the only excuse I can bring up is that I have been busy studying for my Masters in Game Design... but I've had some fruitful bouts of genealogy research as well...

In the post titled Closely or distantly related I listed my research along the Barbara paternal line up to the couple who courageously emigrated to the northern shores of Algeria, Giuseppe and Rosa Barbara. (A doctoral dissertation by Andrea Lynn Smith about such emigrations by Maltese can be found here).

Having found a marriage entry in Zejtun for the couple, the only problem was that the groom's mother's name (Rosa nee Griscti) did not match that on his death record in Bonê, Algeria, which is listed as Catarina.

Having searched for other matching marriage records on www.geneanum.com and found none, I will have to make an informed assumption. Catarina on his death record is not his mother's name, but the name of the patron saint of his father's birth place: Saint Catherine is the patron saint of Zejtun.

Taking this decision, the research path up the Barbara line is left wide open, and indeed, researching throughout www.geneanum.com and the Malta diocese archives I have managed to trace back my pedigree, found hereunder: 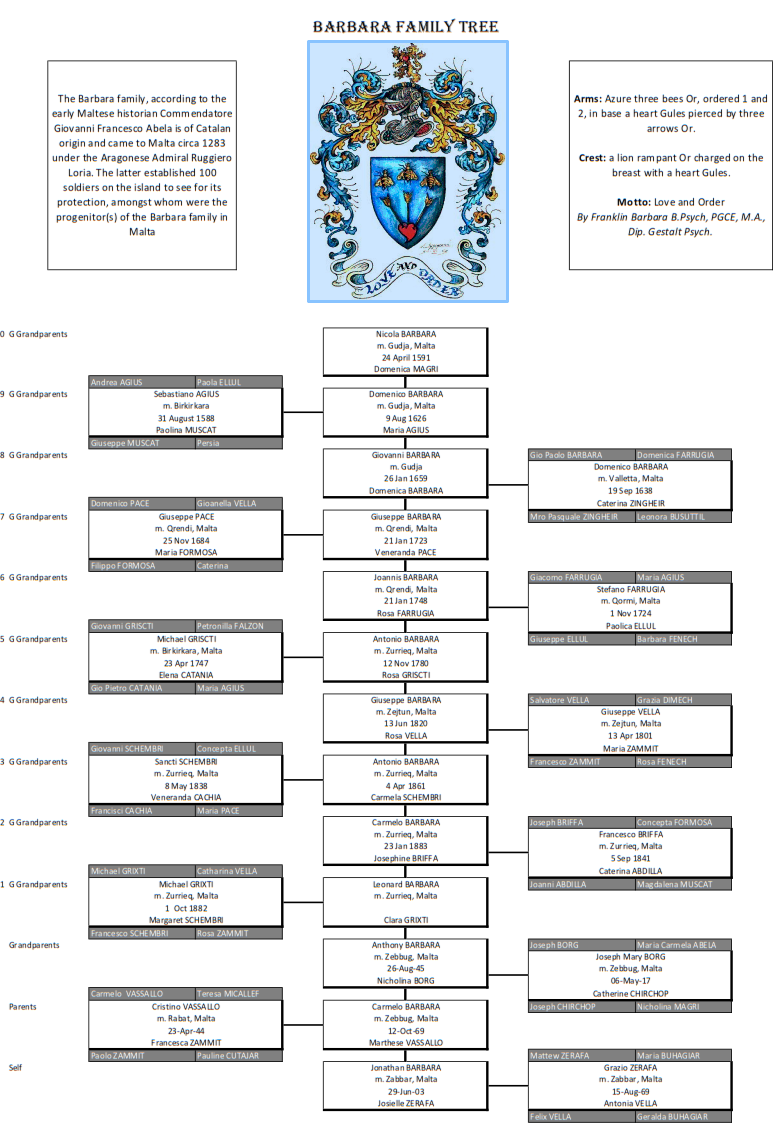 Thus the earliest records available are of Nicola Barbara, of Gudja, married in 1591 to Domenica Magri.
Posted by Jon Barbara at 12:14 PM 4 comments:

In the post titled Barbara, Michigan, USA I revealed an acquaintance with a possible close cousin through a common ancestral link. This followed a problem I had recapped in its previous post, Continuing the Journey.... Let me re-explain this and discuss a newly formed problem here.

So, in the recap I had listed the following collection of evidence: 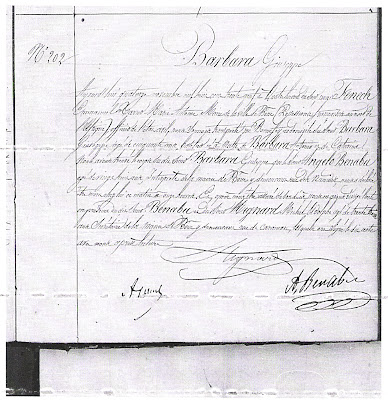 Up till here is the only direct links I have to the family that left for Bona, Algeria.
Now in tracing their point of origin, we' re looking for the marriage of a Joseph BARBARA to a Rosa Vella.

In the birth and notary records at Geneanum there is only one such marriage: 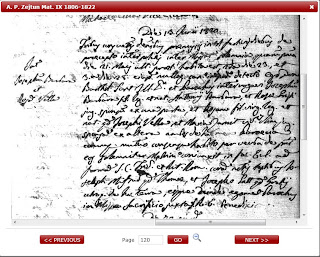 The Barbaras from Michigan provide a couple with the names Antonio Barbara and Caterina, which would match with the parents of the deceased Joseph Barbara, but their marriage is dated as 1815, which would not coincide with the age of 50 years at his death in 1839 and improbable to have borne a daughter, Antonina, in the year 1832 - he would only have been 17 years old. Possible! But hard.

The only proof that can concretize any link is the birth of Antonina Barbara. I have already searched in the Zejtun and Ghaxaq parishes for her birth but to no avail.
Posted by Jon Barbara at 8:31 AM 2 comments:

Ok, so after a good night's sleep, we're up to face the mystery of history again..

*Think* about it:
Pietro's mother is listed as Gioanella
Domenico and Antonella marry in Qrendi
Pietro is from Qrendi
His mother is Nella...
too much of a coincidence?
We'll see.

First port of call is the parish priest of Qrendi.


Dear Rev. Mifsud,
According to my records, my 12th great-grandpa PIETRO BARBARA was married in Qrendi to a MARGARITA AQUILINA on 9th August 1622.
I would greatly appreciate if, at your convenience, you could check out the names of their PARENTS from your parish marriage records please.
Many thanks in advance.
Respectfully,
Jonathan Barbara
To which the reply, within a couple of hours, was a negative:
Good morning Jonathan,

Hmm. A blank. Then the marriage was registered at a notary, and not at the church of Qrendi.

My only other option is to ask a friend of mine at geneanum.
You wouldn't have the snapshot of the original record that you can share with me, would you please?

Marriage 9th August 1622 of Margerita Aquilina daughter of Mariano and Imperia of Siggiewi and Pietro Barbara son of the late Mro Domenico and Nella of Qrendi.

Now that's saying a lot in very little: the mother is not listed as Gioanella, but just Nella.

Next, we look up the notary records and find the testament left by Mro Domenico Barbara and his wife Antonella Cassar.

- Domenico's father is listed as Nicola Barbara (GREAT!)
- Domenico's heir is his wife Antonella Camilleri
- Antonella's heirs... are the following;

THAT'S IT! Amongst her children are her two sons: Natale and Pietro Barbara.

This confirms that our Pietro Barbara is her son, and Natale, the guy we found in the Malta Genealogy website is his brother! .. (beats me where that PACE surname cropped up!)

So our search is over! And the top of Teresa's family tree now looks like this:

It's Wednesday night and I'm connected via Skype with my newly found cousin in Michigan USA, Teresa. We both have a copy of her family tree as reported by a Maltese genealogist and at the top she has the elusive Pietro Barbara and his mysterious wife Margarita.

So we're looking at the notary records as per geneanum and we find the entry related to the marriage of Domenico Barbara with Maria Farrugia that we found in the Malta Diocese archives in the last post of this blog. Domenico's details has the name of his parents:

So his father is Mro Pietro Barbara, who got married in 1622, and who is the son of Domenico BARBARA and Gioannella PACE. Thus we have gone one generation upwards from the reported family tree my cousin has. GREAT!

Then we look at his mother's details, and apart from confirming her name as Margarita, we also have her surname: AQUILINA. GREAT!

Onto the details of the bride: Epouse veuve de Mario Cilia. This confirms my earlier blog's  transcription of the entry in the parish records: Maria is a widow of the late Mario Cilia. But here we also get her parents' names: Mro Giuseppe FARRUGIA and Giovanna (Sorry no surname there!). Lots of Mro around... I wonder if that's a Maestro as in Musical Composer or some other social status at the time - anyone has any idea about this? Please share!

Knowing the year of marriage for Pietro (1622) we go further up in the notary records to find HIS marriage now. His father's name is confirmed: Mro Domenico BARBARA, whilst his mother's name gives us further information: Gioanella dite Nella. Meaning Gioanella known as Nella.

Looking at his bride, we learn something more beyond her surname: her parents' names: Mariano AQUILINA and Imperia FORMOSA who got married in 1578 in Siggiewi. GREAT!

However our journey came to an end, as there was no marriage listed for a Domenico BARBARA and a Gioanella PACE.

That 'Gioanella dite Nella' was taunting me. I looked up the marriages of a Domenico BARBARA before the date of marriage of Pietro BARBARA. And the search bears the fruit of a marriage in Qrendi between a Mro Domenico BARBARA and an Antonella CAMILLERI.

Let me say that again.

between a Mro Domenico Barbara and an AntoNELLA Camilleri.

You see what I did there?

So the mother could be not a GioaNELLA pace but an AntoNELLA Camilleri.  Of course the only way we can confirm that is if we have some record of either Pietro Barbara's marriage or his birth but he is from Qrendi and the records of Qrendi are not online at the Malta Diocese Archives...

On another line of thought... further up in the notary records, we find the marriage of a Natale Barbara, son of Mro Domenico Barbara and Antonella Camilleri in 1619. On the Malta Genealogy website this was listed as

Thus Natale and Pietro were being deemed to be the same person, but we know that Pietro Barbara married in 1622 to a Margarita AQUILINA. So this is definitely not right, but this Natale chap is interesting...

Posted by Jon Barbara at 4:43 AM No comments:

In searching for the elusive Pietro Barbara, we start from his son's marriage in 1652. A search through the Malta Diocese Archives brings forth this record: 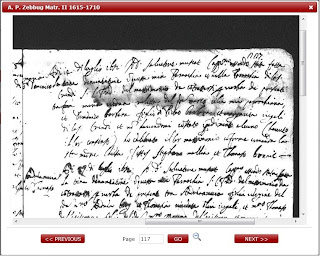 Day 14 of July 1652. Parish priest Salvatore Muscat having denounced in my parish and in the parish of Qrendi of the matrimony of the present Maria, widow of the late Marco Cilia, my parishoners and Domenico Barbara son of Pietro Barbara and Margarita his wife of Casal Qrendi and no impediment detected I celebrated their matrimony in the form ordered by the Mother Church with witnesses Stephano Mallia and Thomaso Bonnici

So from this record we learn that Maria was already married to Marco Cilia but widowed. Thus we do not get her surname or father's name here. The genealogist who produced the tree would have either sourced the record of her original marriage or maybe she is listed in the marriage record of her son with Domenico, Grazio Barbara, married 1687 in Porto Salvo Valletta.

What we also learn is that Pietro and Margarita were from Qrendi, close to Zurrieq, and any search for him should happen there. Unfortunately, the parish records of Qrendi are not online at the archives...
Posted by Jon Barbara at 11:47 PM 1 comment:

Back to the Tree 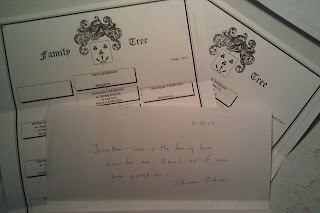 I went to my ancestry briefcase and searched for the letter I had received from Sharon Barbara from Michigan, USA. Given the acquaintance of her niece in my previous post I wanted to bring it back to my attention. And indeed here it is.

It lists all the Barbara marriages from 1893 back up to 1652, when the parents are listed as Pietro Barbara and Margarita. Apparently the genealogist was unable to trace this marriage and did not continue further up.

However, on another family tree up on ancestry.com I found that someone went further up to 1550s: 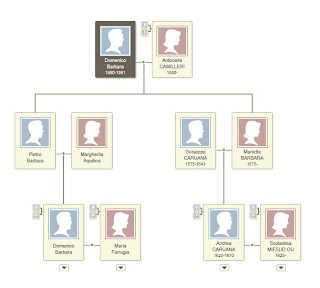 The quest is on to seek the elusive Pietro Barbara...
Posted by Jon Barbara at 11:28 PM 1 comment: